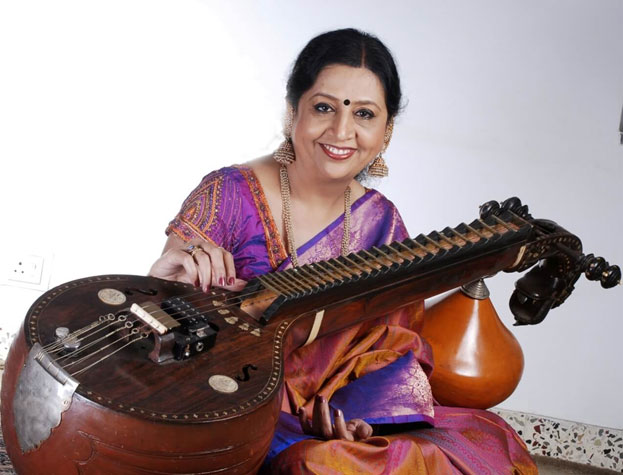 Dr. Suma Sudhindra is the foremost exponent of the Veena in her generation of Musicians. A very rare blend of the classical conservatism with a belief in evolving to the present, her range of work has extended from the scholarly to performances of immaculate skill and creative contours. Keen on making a global presence Suma’s works of experimentation have been applauded all over the world. Her unique emani Chittibabu style is vibrant, which has evolved in making the melodic sounds of the Veena a phenomenon of universal appeal. Her recent contribution to the world of music is her own new innovation ‘The Tarangini Veena’ which has made a tremendous impact in the music circles.

She honored with “Rajyotsava Award” from the Government of Karnataka.

Suma has guided many students for their PhD programs. She has been an examiner for evaluating PhD thesis in Bangalore University, Jain University and Tirupati Padmavathi University.

She has done many lecture demonstrations in prestigious institutions like Madras Music Academy & at National & International seminars all over the world. She is a sought after person for many workshops all over India and abroad. She has published many papers and is in the process of working a Book on Veena. She also participated in the national seminar in October 2018 organized by Central Sangeet Natak Akademi.

An undying amount of energy, inspiration and dedication find Suma entrenched today deeply within her various roles of a classical soloist, a contemporary composer, cultural activist, administrator, teacher, organizer and performer, where she integrates these roles for the faith of music in her journey of artistic explorations.

It is her determination to not only be an adept and successful performer but to be part of the movement in the cause of music and that’s what gave her the impetus to take up official positions in various organizations. She is the Director – Outreach, Indian Music Experience Trust, Bangalore & a member of Academy Of Music, Chowdaiah Memorial Hall, Bangalore 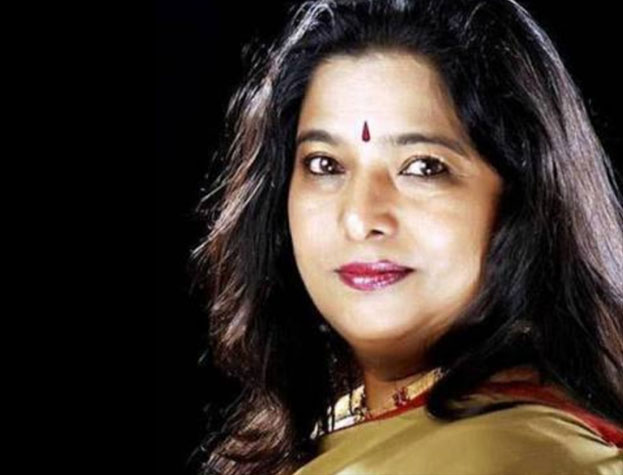 Dr. Veena Murthy Vijay is a danseuse with a commitment towards the propagation of Indian Dance tradition all over the world. Veena’s rare grace & dramatic talent have taken her to great heights in her chosen art form – Kuchipudi

Veena’s experiment in choreography resulted in numerous productions based on varied social themes. Proving her comprehensive command over the ethos of Kuchipudi.

In an illustrious career spanning over three decades Veena has performed to packed houses in India & Abroad. She has also held workshops & Lecture demonstrations in various universities abroad. Dr.Veena has several titles to her credit. She has been honored with State Award “Karnataka Kalashree” by Karnataka Sangeeta Nritya Academy for the year 2009-10. Veena is the director of Sri Raja Rajeshwari Kalaniketan, Bangalore imparting training in Dance to her students.

Veena is one of the first dancers to present traditional Tibetian hyms to India Dance in her production for world peace. This was presented in USA by Arathi School of Dances sponsored by dept of Cultural Arizona State USA. Her Productions Agasthya Rishi, Chitrapata, Ganga Gowri Vilasam, Chitrangada, Sthree, Harmony, Vasudhika Kutumbam and many more have been well appreciated across the globe. Most recently magnum opus opera ‘Chilapadhikaram”was a grand success.

She has been chosen as one of the experts in the council of Naada Nirajanam a Thirumala Thirupathi Devastanams T.V. Channal. Veena has authored a book “THEREY” tracing the presence of Kuchipudi In Karnataka. She is the recipient of Honarary Doctorate from the Acadmy of Univarsal Global Peace . U S A. Sri Ramanuja Vybhavam, Ramayana, Go Change the World, Dhruva, Gaja Gowrava are the most recent magnum opus production which has received wide appreciation for its authentic production value.

Our Special Thanks To Sridevi Rao, P R Consultant

YOUR SUPPORT WILL ENABLE AND STRENGTHEN BIAF.